ESOPs as an Alternative to a Traditional M&A Transaction 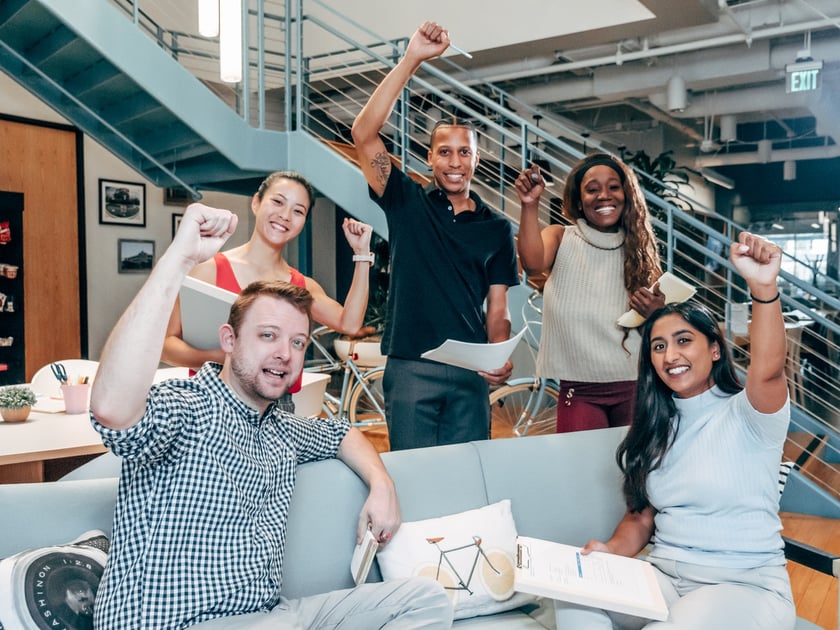 Strategic buyers, private equity, both great ways to sell your company. Have you ever thought about selling your company to the people who got you there? The employees. My name is Eric Roark, CEO of ROARK. I’m here to talk to you about ESOPs as an alternative to a traditional M&A transaction.

What is an ESOP? Employee Stock Ownership Plan

I guess the first question that everyone wants to ask is, Eric, what is an ESOP? First of all, ESOP stands for employee stock ownership plan. It’s the most common structure for employee ownership in the US. And over 6,500 companies are already ESOP’s, according to the National Center for Employee Ownership.

How does an ESOP Work?

So how does an ESOP work? Well, it’s a type of retirement plan that holds the company stock in a trust for the benefit of the employees. It can be a hundred percent of the company’s stock or a portion. So as an owner, you don’t have to sell everything. Employees earn shares basically over time as they put in service, and the shares are bought back from the employees whenever they leave the company or retire.

ESOP’s are created in a business sale, where the owner is selling their shares to the trust and the company on terms that can benefit the owner and the employee.

What are the advantages of an ESOP for the owner?

What are the benefits of the ESOP for the business owner compared to a typical M&A transaction? Let’s take a look at these.

Pass ownership to your employees

First and foremost, many good, hardworking people helped you get the business to where it’s at. It allows passing along ownership to those employees and rewards them for their hard work, effort, tears, struggles, and everything they did to help grow the business.

And there’s nothing like business ownership as a motivator for employees. Owning my own business, I’m going to be working harder than everybody else. And people have told me, Hey, no, one’s going to work as hard as you. Guess what? In an ESOP, everyone owns the company. And so everybody’s going to work hard to be able to make it successful.

One of the huge advantages and one of the strong considerations of an ESOP is there are some significant tax advantages. Now, all the tax advantages and how to take care of them are a little bit beyond the scope of what we’re doing here today, but it’s great for another video or talk to your tax accountant. You’re going to want someone who specializes in ESOPs -it is a very specialized transaction.

Great for companies in industries with a traditionally low multiple

This is also great for companies that traditionally have a low multiple. So some companies other than others will sell for the multiple is the multiplier of EBITDA that goes into the company’s valuation.

So this tax versus a sale price will be one of the strong considerations where you are going to want to consult an expert as you go down the road. Sometimes, many companies will even move down both tracks just to see where the market’s at and then do what’s most advantageous for them.

What are the disadvantages of an ESOP for the owner?

Limited by the amount the company can finance.

First, it may be limited by the amount that the company can finance so if you look into an ESOP transaction where the company or the trust is buying out the owner. There’s usually a debt component that’s involved in being able to do that. That becomes a very highly leveraged transaction.

The other one is that it’s a gradual transition. So if you’re going out, most likely as an owner, you’re going to be personally guaranteeing the note until it gets to a certain point, maybe refinance, you’re still going to have to be in the business.

You’re going to have to make sure that the management team in place is still fulfilling what you’ve learned as an entrepreneur. And being able to make sure that the cash flow is there and everything transitions so that you can get your money out of business. So it’s not something in typical M&A transaction you sell, and then they’re going to want to put you on a contract to keep you in for a few years. Then ESOP, you’re going to need still to be there to make sure that all the wheels are still on the cart and going down the right road, not only for your business but for the employees as well.

M&A transactions also may provide a bigger price tag. So with ESOPs, there’s a set valuation for them to qualify.

Whenever you’re in an M&A transaction, you’re going to have companies bidding up against each other. And it’s been interesting because private equity is becoming more aggressive, especially as they become more like strategic buyers in doing roll-ups. Strategic buyers themselves, you can see significant efficiencies beyond the business.

So, for example, a lot of times, whenever strategic buyers buy, they’ve already got an infrastructure, overhead infrastructure in place that they can leverage. And it’s a minimal increment to be able to add on to it. That provides even more value to the business. And the fact that with that infrastructure, if you’re allocating that out, you can get more advantages.

We can go deeper than that. There are many different reasons why strategic and private equity buyers would be interested in business and would pay a higher price.

ESOPs have other administrative costs.

The other disadvantage, if you look, is once you create the ESOP, there’s a significant amount of administrative costs. And being able to maintain it and do the compliance as compared to what your regular business has potentially done in the past a privately held company.

Who’s an ESOP an excellent option for?

Who’s an ESOP who is a great candidate for an ESOP or a great option for it. First of all, it’s an excellent fit for people with solid EBITDA. You’re going to have to be able to repay the notes and the debt that you take on to affect the ESOP transaction. So strong EBITDA is always essential, and cash flow that goes along with that.

And if you’re highly leveraged, it makes it challenging to borrow the money to be able to exit the ESOP. And then most importantly, you have to have a strong management team because if your management team isn’t strong in place and that the entrepreneur is the one running most of the company, then it’s going to be difficult to exit because the company is still going to need you.

And look, as an owner, the idea is to give the employees the ability to continue to grow and continue with the business to their retirement. If they’re not able to do that, then you’re going to be coming back to the company as well. And if that’s the case, why sell in the first place. It’s great for owners who feel strongly about passing along their business to their employees.

So whenever you sell in an M&A transaction, you’re subject to the buyer, whether it’s strategic or private equity. And a lot of times, these people will make decisions, if not right away, but eventually on what’s the best for the company. And those opinions may differ from what yours are.

Whenever you’re selling to one of those, you give up control and in ESOP, whereas it is through a board and it’s run. The owners still have significant influences compared to an M&A transaction. You stay on a couple of years, and the new owner will want to take it and do it their way. In conclusion, ESOPs are a great alternative and something you should look at as far as an M&A transaction.

I mean, look, let’s be very Frank going through and selling your business is likely going to be the most significant financial transaction of your life. So we need to make sure that we’re looking at all the options and the options that are best for you. And you may want to consider going along the dual path to see the valuations in the market, between the strategic between the private equity, between an ESOP. Weigh those against the taxes and the gains.This is where a great expert is beneficial for you.

At ROARK, we love helping business owners. We would love to talk to you about some of the pluses or minuses of strategic or other M&A transactions, as well as ESOP.

So if you’re in the process of considering the sale of your company and wanting to discuss ESOPs and M&As, please schedule a consultation today.